One common myth is that arthritis is just another name for the aches and pains people get as they grow older. While it is true that arthritis becomes more common as people as people age, arthritis may begin at any age, including childhood. Conversely, some elderly people never develop arthritis. Many forms of arthritis or musculoskeletal conditions are self-limited and get better without specific treatment. Others, such as rheumatoid arthritis, may be quite serious and may affect the body's internal organs as well as the joints. 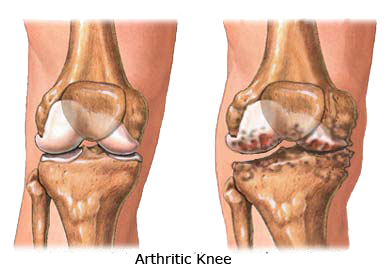 Likewise, generalized conditions can be divided into two subgroups. In the first subgroup, widespread muscle and soft tissue discomfort in which there is no evidence of swelling or inflammation includes a very common condition called fibromyalgia. Conditions in this subgroup are not associated with damage to the structure of the joints. The second subgroup includes conditions in which inflammation affects the entire body, such as rheumatoid arthritis. Other conditions in this subgroup include gout, ankylosing spondylitis and psoriatic arthritis, generalized conditions of inflammation throughout the body in which joint pain is the major symptom. Other generalized inflammatory conditions include polymyositis, which affects primarily muscles; systemic lupus erythematosus (lupus), which may affect the skin, kidneys or other organs; and vasculitis, which may affect any organ.

These four groups of musculoskeletal conditions are not mutually exclusive, and a person may have more than one type of rheumatic disease. For example, people with rheumatoid arthritis may experience tendinitis, bursitis and fibromyalgia more commonly than people in the general population. In addition, when joints become badly damaged as a result of the chronic inflammation of rheumatoid arthritis, they are called "end stage." At this point, they may look similar to joints that have reached "end stage" in people with osteoarthritis, even though the destruction was caused by different mechanisms.

Taken collectively, the various types of arthritis and rheumatic diseases are the most common chronic health condition in the population, affecting about one in every three adult Americans and nearly 300,000 children. These conditions become even more common among older people. Even in people under 65, arthritis is a major cause of work disability. For example, fewer than 50 percent of rheumatoid arthritis patients younger than 65 who are working at the onset of the disease are still working 10 years later.

In addition, the impact of arthritis on society is substantial. By some estimates, the costs associated with arthritis may amount to $86.2 billion annually. The costs of arthritis may be categorized into three groups: direct, indirect and intangible. Direct medical costs, such as physician (and other health professional) fees, charges for laboratory tests and X-rays, drugs, assistive devices, surgeries and other costs, are the most obvious. However, a substantial part of the economic burden comes from indirect costs, such as lost wages due to work disability. In addition, people experience intangible costs, such as the need for a spouse or relative to take time off from work to bring a patient to a caregiver, travel for medical care, or money spent to remodel the home to meet the needs of a person with arthritis, and many others.

Myth #3: Not much can be done to alleviate the pain and disability of arthritis.

Unfortunately, there are no cures for most chronic rheumatic diseases. You may think that little can be done to help your arthritis, but this is not true. Some improvement in the pain and loss of function is possible in almost everyone with arthritis. Furthermore, the disease process that may lead to joint destructions can be controlled effectively in most people - particularly those with rheumatoid arthritis. More can be done today to ease the pain of arthritis and to slow joint destruction than ever before.

Many people with serious types of arthritis, which were severely disabling as recently as a generation ago, are now leading full and productive lives, thanks in part to many developments, including new drugs and treatments, exercise programs, surgeries and self-management. As a person with arthritis, your future is full of possibilities that were only a dream 25 years ago.

One of the most exciting changes in recent years has been the growing understanding that the patient has an important role to play in the management of his or her arthritis. This change in emphasis is sometimes referred to as a biopsychosocial model of disease management, to distinguish it from the traditional biomedical model, in which the outcomes of diseases are thought to be determined almost exclusively by the actions of health professionals. The wonderful advances in drugs, surgeries and other medical treatments are an important component of a biopsychosocial model of disease management, but this model also incorporates the key contribution of patients, families and support networks to the outcome.